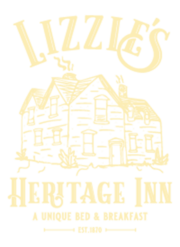 No items found.
Product is not available in this quantity.

A Fair To Remember...

There is no place more socially acceptable to consume a cheeseburger on a glazed donut, a husk of corn, and a deep-fried candy bar — all before 10 a.m. — than a county fair!

As summer peaks, so too does county fair season, a classic American pastime that draws hundreds of thousands of visitors each year to our country’s many fairs.

In 1870, when Lizzie’s Heritage Inn was built by my great-great grandparents, it was also the start of the heyday of county fairs. The American county fair developed in the early nineteenth century when agricultural reformers organized local exhibitions to promote modern farming.  Typical events included livestock judging, exhibits of new agricultural implements and techniques, and plowing contests.

Numerous county agricultural societies were organized a decade later when each of these societies soon began holding annual fairs and acquiring land for permanent fairgrounds.  Entertainment became important as fairs competed with national expositions during what is considered the golden age of agricultural fairs between 1870 and 1910.

Beginning mid-August with the Miss Iron County Pageant and the Mud Bog, then in full swing starting August 30th through to Labor Day, the Iron County Fair (https://www.ironcountyfair.net/) includes events our ancestors enjoyed, such as the Horseshoe Toss, Ranch Rodeo, Trail Ride, plus many more modern-day events, such as the Car Show, Demolition Derby, and Tractor Caravan and Pull.